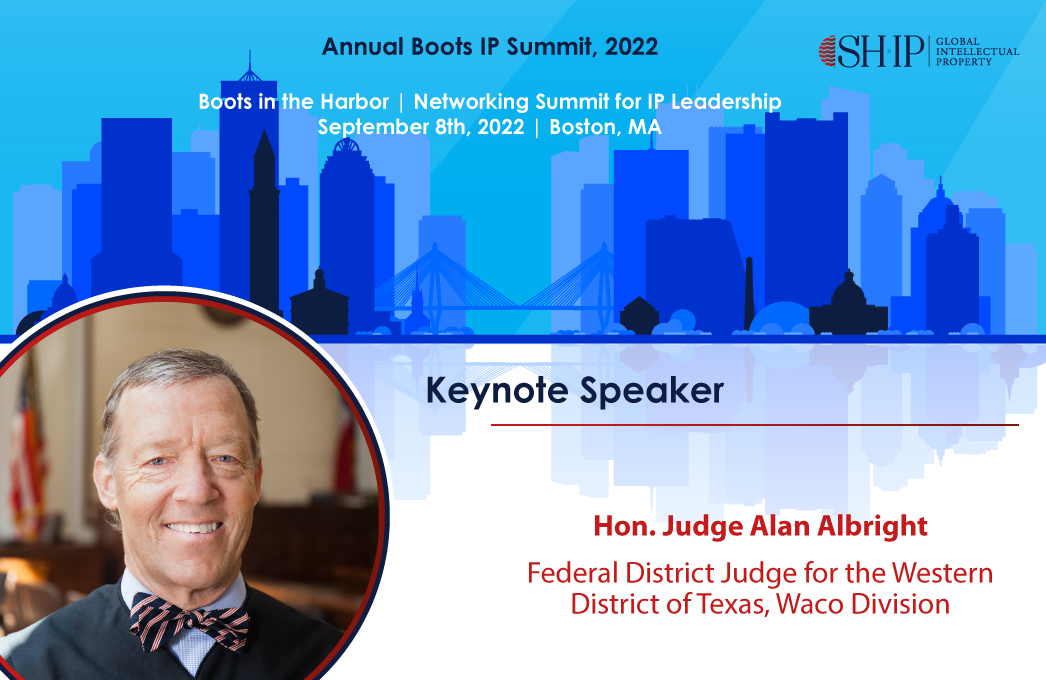 We are very pleased to announce that Honorable Judge Albright, Federal District Judge for the Western District of Texas, Waco Division will be our first Keynote Speaker at Boots in the Harbor IP Summit.

Judge Alan Albright is the federal district judge for the Western District of Texas, Waco Division. Judge Albright was nominated by President Trump on January 24, 2018 and confirmed on September 6, 2018. He was sworn in on September 18, 2018.

Prior to taking the bench, Judge Albright was a partner in the Austin office of Bracewell, LLP.  He practiced IP litigation and handled trials in both federal court and the ITC.  Before practicing law in Austin, he earned a BA in Political Science from Trinity University in San Antonio and a J.D. from The University of Texas School of Law in Austin, where he was a member of the Texas Law Review. Following law school, Judge Albright clerked for The Honorable James R. Nowlin in Austin, Texas. Judge Albright later served as a United States Magistrate Judge from 1992–99. He has also taught as an adjunct professor of law at The University of Texas School of Law. Judge Albright was recently inducted into the American College of Trial Lawyers. He has two sons and he is an avid runner and cyclist.

Boots in the Harbor Annual Boots IP Summit organized by SHIP Global IP and will be held in Boston, MA on September 8th, 2022. Boots in the Harbor is a marquee event in IP collaboration, trends and strategy, as indicated by the speakers presenting as well as the attendees.

This event is attended by In House Counsel only and has a strict no sell policy.

For more info on the conference, please send an email to rsvp@shipglobalip.com.