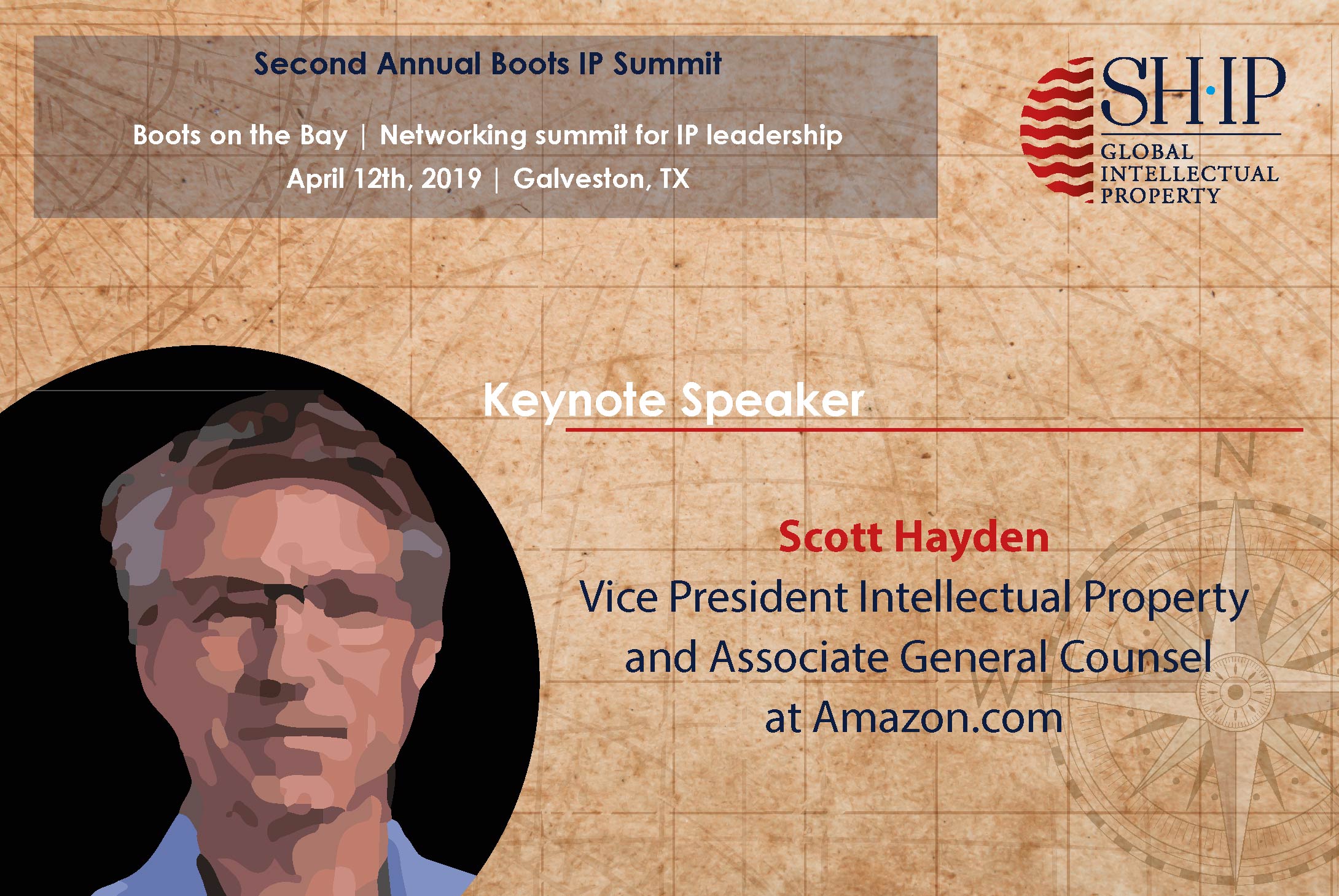 As organizers of the 2nd Annual Boots IP Summit, we are really excited to present our last, but not least, keynote speaker.   Scott Hayden, Vice President Intellectual Property and Associate General Counsel at Amazon.com will be speaking at Boots on the Bay IP Summit, to be held in Galveston, Texas, on April 12th ,2019.

Scott received his BS degree in Electrical Engineering from Purdue University, his Masters Business of Administration from Illinois University, and his JD from Saint Louis University. After 13 years with Emerson Electric in the engineering and corporate legal departments, Scott joined Armstrong Teasdale in St. Louis Missouri as an intellectual property attorney. In 1999, Scott became the division IP counsel for General Electric in Melbourne, Florida. Following several years as General Counsel of a GE business, Scott returned to IP as the global leader of GE’s corporate patent operations in Fairfield, Connecticut. In 2006, Scott joined Amazon.com as the Vice President of the intellectual property group with responsibility for all patent, trademark, copyright, trade secret and domain issues.

Boots on the Bay is the 2nd Annual Boots IP Summit organized by SHIP Global IP and will be held in Galveston, Texas on April 12th, 2019. Boots on the Bay is a marquee event in IP collaboration, trends and strategy, as indicated by the speakers presenting as well as the attendees. This event is attended by In House Counsel only and has a strict no sell policy. For more info on the conference, please send an email to rsvp@shipglobalip.com.