In the battle to handle ever larger volumes of data faster and more cheaply, artificial intelligence has made leaps and bounds in mimicking human behavior.  From autonomous vehicles, through voice assistants, streaming apps, taking pictures, to security and surveillance, AI is rapidly becoming the most visible aspect of innovation.  AI innovations have replaced many repetitive and/or dangerous daily tasks, relieving humans of the associated boredom and risk.  The more AI takes over these kinds of activities, the more humans can focus on the more creative and empathetic aspects of life.

It has long been the case that innovation keeps the legal system on its toes.  In the last few years US courts have held that AI cannot be an inventor.  However, the law does prohibit refusing patents based on the manner in which the invention was made.  This argument was put forward by Dr. Stephen L. Thaler in his appeal against the rejection of two applications for patents for inventions of his “DABUS” (Device for the Autonomous Bootstrapping of Unified Science) system, an artificial intelligence system that incorporates artificial neural networks utilizing general information in the field.  DABUS is not programmed to solve particular problems but rather to create inventions.

Two patent applications were filed back in 2018, one for a type of food container (Pub. Number: GB2592777) and one for a flashing light to attract attention (Pub. Number: GB2575131), both ideas procured through the DABUS program. Subsequently, several applications have been made to a number of national jurisdictions and rejected on grounds of the inventor’s having to be a person with legal capacity, a natural person, or a human being. 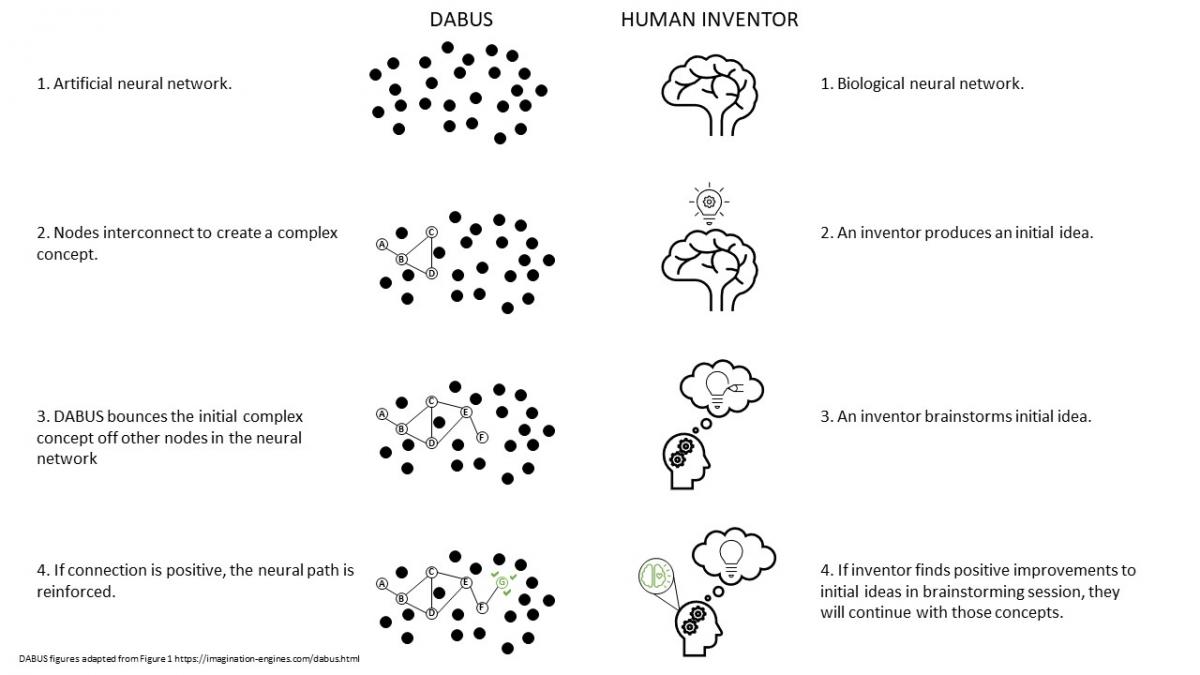 In September 2021 the Eastern District Court of Virginia upheld the decision of the USPTO (US Patent & Trademark Office) to refuse an application, confirming that the inventor must be a human being.

This series of refusals has led to a bigger question for most jurisdictions on the Patent Act and case law.  It is now basically up to the Federal Courts to interpret current law and to consider how AI applies fits within that patent law. US Congress now has a full plate to digest when determining how to expand or change the scope of inventorship to promote AI innovation.

One can conclude from the recent decision Thaler v. Vidal, No. 21-2347 (Fed. Cir. 2022), that Dr. Thaler’s quest to list DABUS as an inventor has important implications that will need to be addressed as AI increases.

Be sure to circle back in the next couple of months for the outcome of the appeals process in the High Court in Australia, where IP Australia is appealing a ruling by a Federal Court to the effect that there is nothing to prevent an inventor being a non-human (this in response to an appeal by Thaler against an initial rejection by the Australian Patent Office).

Related content: Who owns the IPR for AI creations