Home / Blog / Can I extend the term of my pharmaceutical patent? 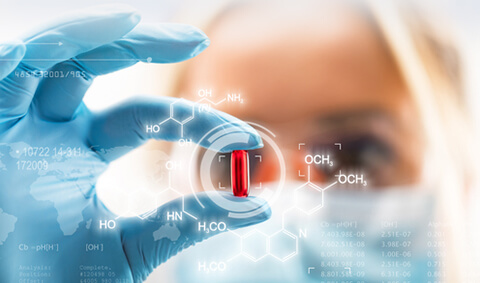 Can I extend the term of my pharmaceutical patent?

The modern patent system is regarded as having started in the 15th century in Venice. It was here, in 1416, that the first patent was granted to Ser Franciscus Petri of Rhodes. At the time, the period of protection was 10 years. Venetian emigration disseminated the patent concept to other countries.

Since then, patents and intellectual property in general have become much more complex. Nowadays, a patent consists of an exclusive right granted by the government to an inventor to make, use and commercialize their invention, unless they authorize a third party to enjoy same rights. The invention is generally a product or a process. In order to be granted, the invention must be new, involve an inventive step, and have an industrial application.

Patent protection usually has a duration of 20 years from the application filing date, but the duration of pharmaceutical patents may be extended in some countries. We will now look at this is a little more detail.

Firstly, there are countries where it is impossible to extend a pharmaceutial patent, such as Mexico, Thailand, Hong Kong and Indonesia. In these territories, patents will always have a maximum duration of 20 years.

In all European Union member states, by contrast, it is possible to extend the term of pharmaceutical patents through a supplementary protection certificate (SPC). SPCs exist to compensate for time lost in the compulsory lengthy testing and clinical trials that are done in this region. The SPC can extend the protection for a maximum of five years.

In the United States the duration of a patent can be extended if it covers a product that needs regulatory approval prior to being sold. These products include human and veterinary pharmaceuticals, food additives, color additives and medical devices. The maximum term of extension is also five years.

There are other countries where it is possible to extend patent protection that may be worth considering.

In Israel it is possible to extend the duration of a patent for pharmaceutical preparations and medical devices. The extension may not exceed 5 years.

A 5-year extension of a patent is also possible in Japan for pharmaceuticals and agrochemicals. This is the only country with a minimum patent extension of 2 years.

A patent can also be extended in Australia. There, patent claims must include a pharmaceutical substance. The maximum duration of the patent extension is 5 years.

A 5-year patent extension is also possible in Russia. In this case the patent must be related to a drug, pesticide or agricultural chemical.

In Ukraine, patent extension will be for the same duration as the ones mentioned above, but the patent must be related to drugs for protecting humans, animals or plants.

It is crucial to understand the jurisdictions in which your patent is present to be able to take advantage of the possibility of extending the patent duration. In January 2021, SHIP will organize a free webinar about pharmaceutical patents that we think will be useful for companies, law firms and universities. We will be co-hosting with some major pharmaceutical companies to get their valuable insights.

For more information about pharma patents or if you would like an invite for the webinar, please contact us at info@shipglobalip.com.